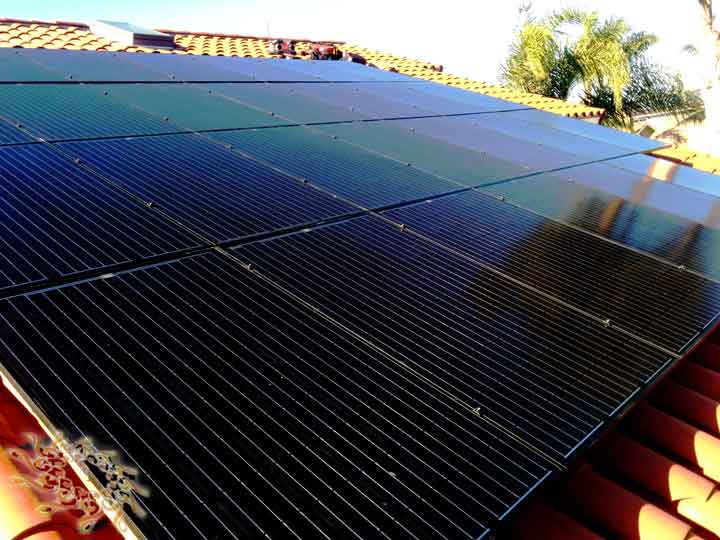 “Solar Symphony was referred to me by my pool contractor Tom Ethans (I also wrote a review of his company). I called Tom for a question about my pool pump, happened to mention that I was getting solar bids and he recommended that I give Solar Symphony a call. Tom said Solar Symphony was installing the system at his house.
I ended up connecting with Mark Nelson of Solar Symphony. Mark was great to deal with. He was very reachable and responsive to all my questions, no hard sell — but simply provided me the information I felt I needed to make a decision that I can be happy with. His quote was better than two other bids that I was seriously considering. I was able to reach two of the client references Mark gave, and the references had great feedback (and one taught me a couple of things to consider, too, with regards to my project and contractor selection)
Once I signed the contract, the office — Paula and Summeur — informed me throughout on the status of my project. My questions were addressed timely and to my satisfaction. They ran into issues getting the permit and the plans approved by my city. That part of the process took longer than I expected, but then again, I know my city can be picky based on prior work done at my house.
Then actual installation began. Henry was the project manager — he’s awesome! Again, another Solar Symphony personnel who made me feel well taken cared off. He even tried to help me troubleshoot an unrelated electrical issue at my house while waiting for the City Inspector to come instead of just waiting and doing nothing. It rained while they were doing the installation and it was cold. Yet, they finished in the time period they estimated before rain began, i.e., three days.
They are now helping me with net metering with the SCE. I’m very happy with my experience with Solar Symphony and I would strongly recommend anyone looking into solar to not make a decision without first talking to them.”